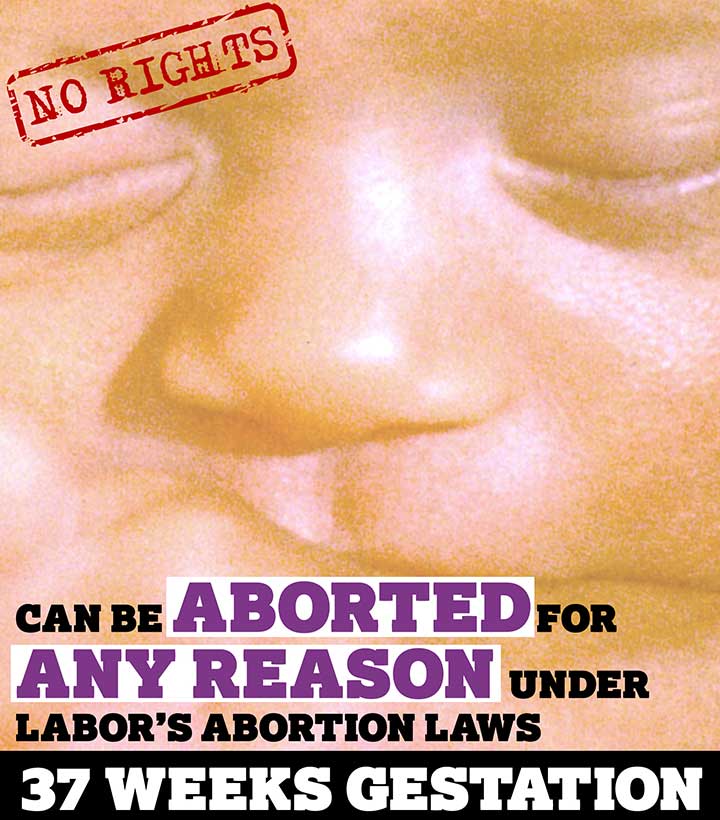 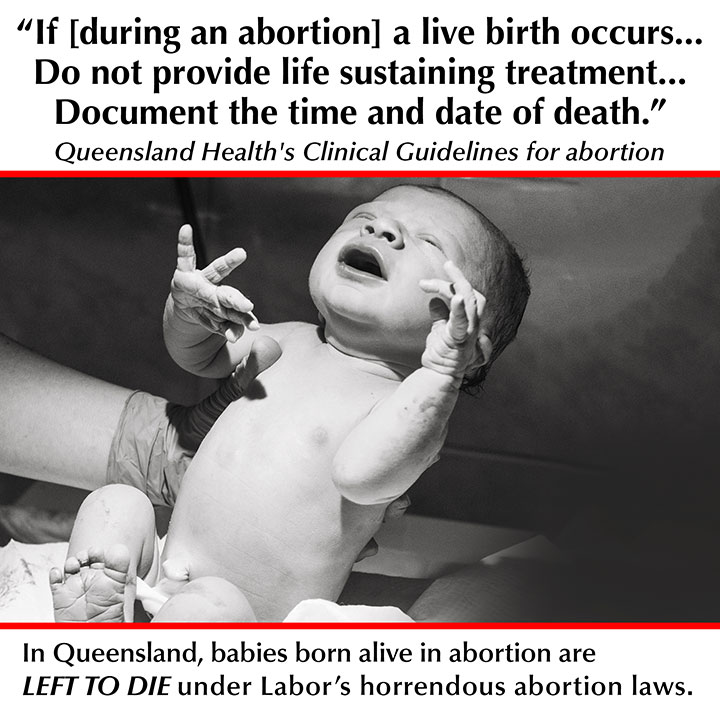 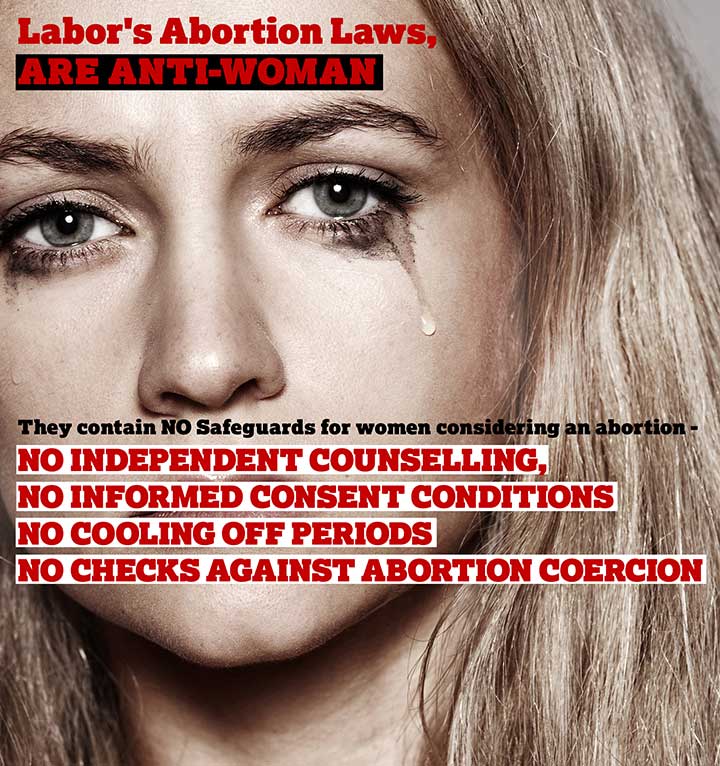 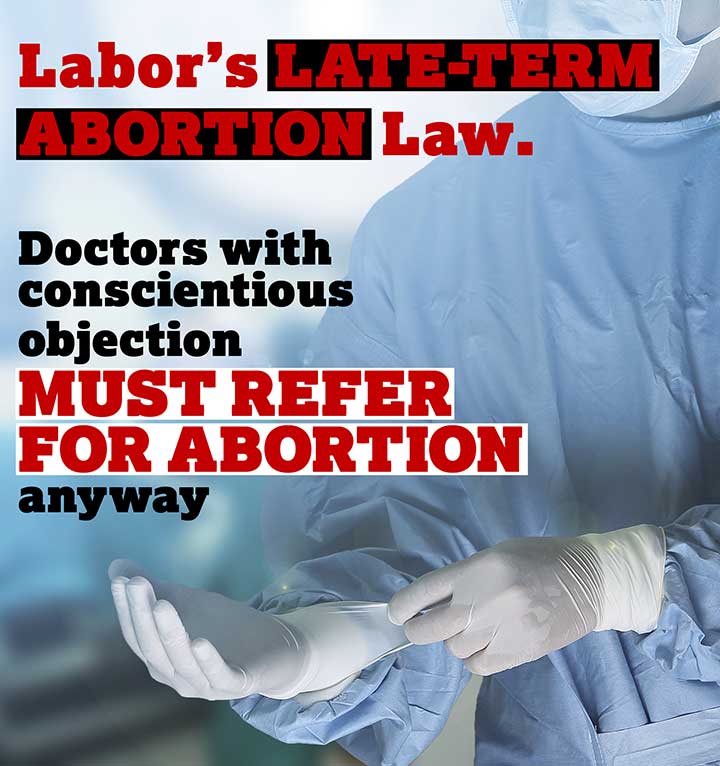 
MORE BABIES WOULD DIE UNDER ANOTHER LABOR GOVERNMENT & HERE'S WHY

1. The Queensland Labor Government has legalised abortion up to birth for any reason. All restraint from abortion has been removed in Queensland

The Termination of Pregnancy Act has no effective gestational limit on terminations.
It legalised abortion up to birth in Queensland, effectively for any reason.

The first part of the legalisation legalised abortion upon request (no questions asked) up to 22 weeks. In doing so it sanctioned the destruction of fully formed little humans on the brink of viability. In fact, some premature babies overseas have survived at 22 weeks gestation with high care.

Then from 22 weeks gestation until birth abortion is legal (refer to section 6 of the Act), under expanded and loose criteria including "current and future physical, psychological and social circumstances"*, with the approval of two doctors. However there is no requirement for the second doctor to see the patient or even look at her file, the approval could merely be an email or phone call. If no second opinion is sought, there is no legal penalty. There is no requirement for independence of the second approving doctor - both doctors could be abortionists for example.

*"physical, psychological and social circumstances" is notably loose criteria for obtaining an abortion from 22 weeks up until birth. The Queensland Law Commission briefing paper accompanying the Termination of Pregnancy Bill explained that "social circumstances" also includes relationship breakdown or economic troubles. So physical, psychological, social, economic and relational circumstances essentially covers every part of human life. So the Queensland Labor government has legalised abortion up to birth for any reason.

Before the law changed in 2018, abortions was were legal in Queensland up to about 20 weeks gestation if there was a serious risk to a woman's physical or psychological health, abortions could be obtained passed that time for fatal abnormalities or if the mother's health was in serious risk.

The Queensland Act is modelled on the Victorian Abortion Law Reform Act 2018 which has resulted in a 48% increase in late-term abortions in Victoria over 10 years (please see below table) since the law was changed in 2008, compared with the 9 years beforehand. Furthermore, almost half of late-term abortions in Victoria over recent years have been for "psycho-social" reasons. These are the abortions of healthy babies of healthy mothers. 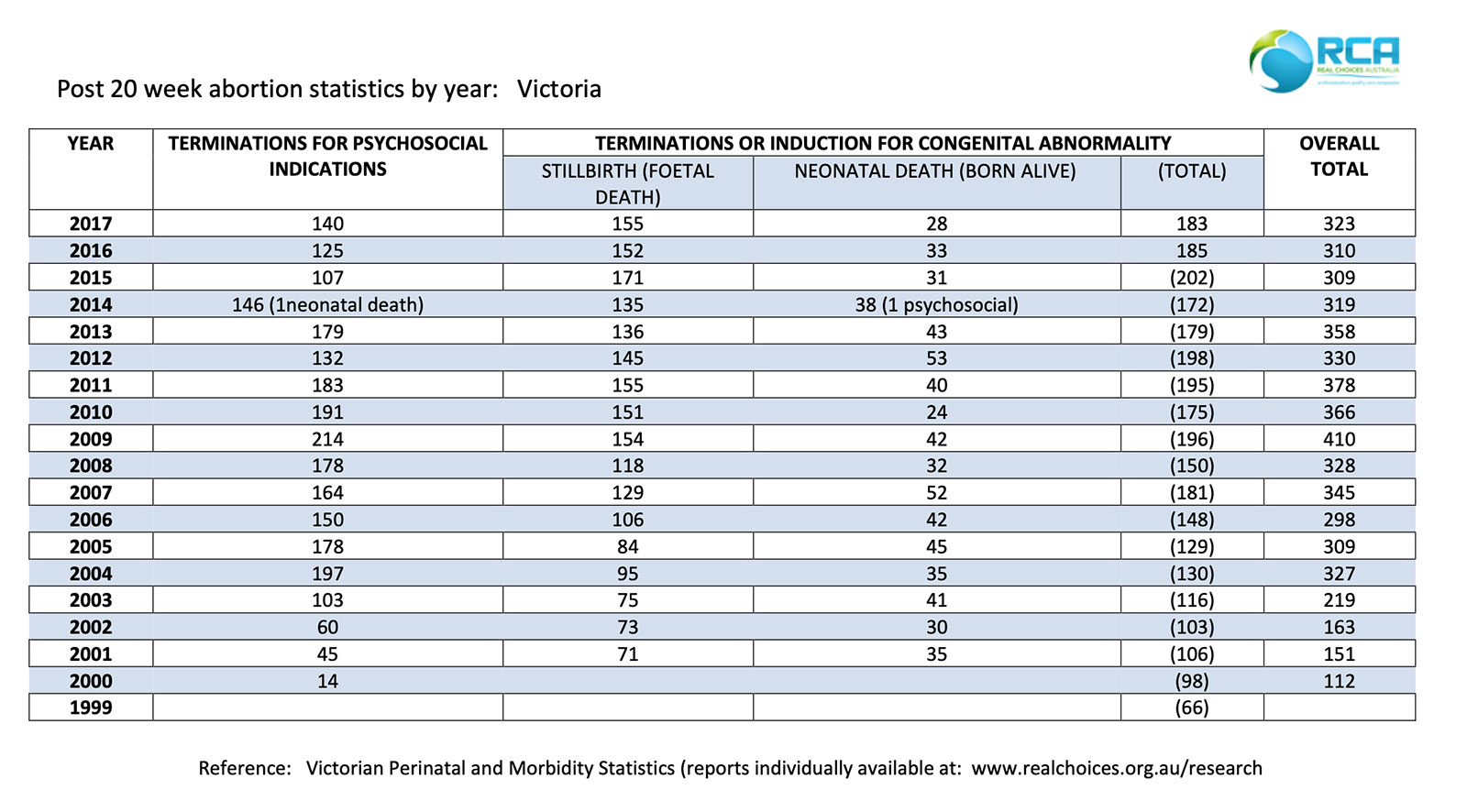 
LATE-TERM HEALTHY BABIES OF HEALTHY MOTHERS BEING ABORTED IN VICTORIA

2011 in Victoria, a healthy baby of a healthy mother was aborted for "psycho-social" reasons at over 37 weeks gestation - this is regarded as a full-term baby.

In that same year, 10 healthy viable babies of healthy mothers between 28 and 31 weeks gestation also were aborted for "psycho-social" reasons in Victoria.

From Victorian Maternal, Perinatal, Child and Adolescent Mortality statistics,
The Consultative Council on Obstetric and Paediatric Mortality and Morbidity

Please note that none of these babies were anesthetised, as this was one of the amendments voted down when the Victorian Abortion Reform Act was passed in 2008 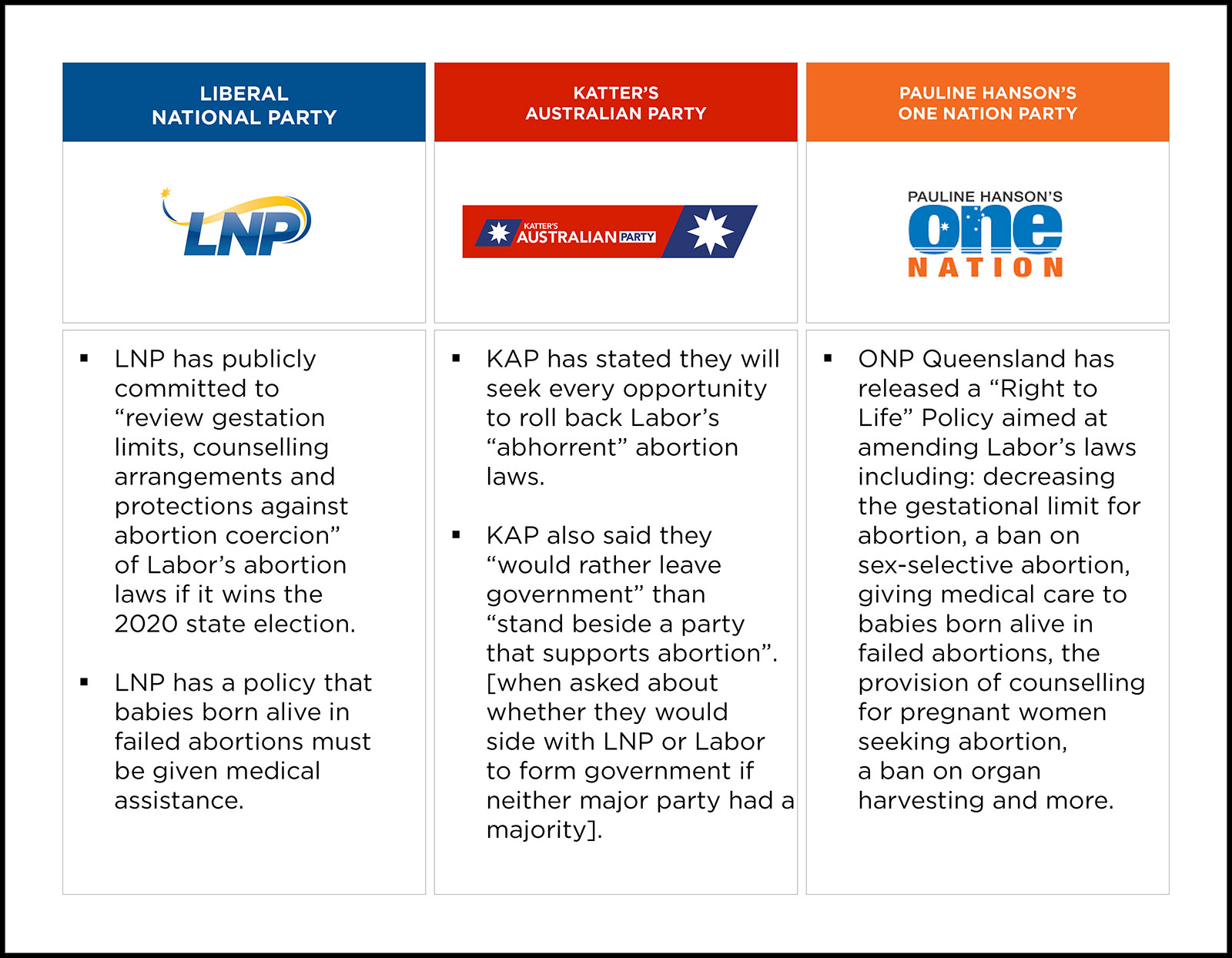